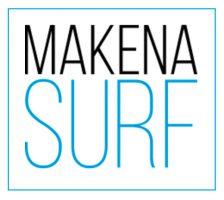 Join us for Maui Mai Tais

If you don’t have at least one mai tai while you’re in Hawaii, it’s like you weren’t really in Hawaii!

Guests and owners of Makena Surf, this is your special invitation to join us at the south Makena Surf pool for complimentary mai tais.

Enjoy the paradise scene while sipping on your favorite umbrella drink. You can lounge at the pool and relax while surrounded by island nature.

Plus, this vibrant, tropical drink is best with conversations - so bring in a friend or make some new-ones, and get ready for a stress-free, relaxed evening.

We look forward to meeting you!

MUST BE 21 YEARS OLD TO CONSUME ALCOHOL

Ah, the Hawaii mai tai—a sweet, stiff drink most commonly associated with warm sea breezes, white sandy beaches, palm trees and the Hawaiian Islands. Yet, over the last few decades, bartenders all over the world have served up various iterations of the classic tiki drink, built from combinations of rum, lime, orange liqueur and the almond syrup known as orgeat.

Can a drink define an island? If it’s mai tais, then yes! The young, bright, and tropical mai tai brings vibrancy to every Hawaiian island. While it's a staple of the Hawaiian Islands, variations of the mai tai have been served in different parts of the world with various combinations of rum, liqueur, and lime.

That said, here’s a quick fact: mai tai isn’t native to Hawaii. In fact, it was born on the sunny side of California.

The cocktail's exact birthplace is hotly debated among historians. Some attribute the drink to Victor Bergeron, founder of California's Trader Vic's, the Polynesian-themed restaurant that helped spawn the tiki crazy in the 1930s and 40s. And it was Trader Vic's which designed the now famous Mai Tai mix many of us know today. Bergeron says he created the cocktail in 1944 at the original Oakland location of his restaurant and tiki bar. As the story goes, he one day served the concoction to some friends from Tahiti, and they cried out, 'Mai Tai roa ae! Out of this world! The best!'

Well, that’s the good old history of the mai tai. Time to have one?

And there you go. Cheers!

Looking for the Best Mai Tai in Maui?

Our vote is for you to try Monkeypod Wailea, a few minute drive from Makena Surf Resort with a fantastic Happy Hour from 3 – 5:30pm & 9–11pm with 50% off appetizers!

Are you reading this on the mainland? Fret not! Here’s the recipe for you to try at home. Note: Reproducing the ‘liliko’i’ foam may be a bit of a challenge, but home mixologists probably love a good cocktail challenge.

Mix foam ingredients well and put in a nitrous-oxide (NO2) infuser* to half capacity. Use 4 charges for a liter-sized infuser. (Or blend ingredients on high speed till foamy.) Add lime juice, orgeat (a sweet syrup made from almonds, sugar, and rose water or orange flower water), orange curaçao and Old Lahaina Light Rum to mixing glass. Shake with 1 cup cubed ice about 30 seconds and pour into highball glass. Float dark rum. Top with honey-liliko‘i foam and garnish with pineapple half moon.

Get your taste of paradise now: don't miss our poolside event!